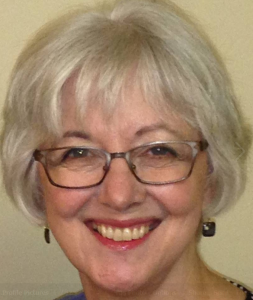 Dr. Susan is on a mission to help animal lovers and pet professionals join forces to help pets live the best possible life.

She is committed to working with you so the pets you care for live healthy lives and come to a peaceful end. And she wants professionals to know, you can have a fulfilling life of practice with people who love what they do. She’ll support you to revive yourself and your work.

Dr. Susan is a pioneer in the fields of pet loss and human-animal interaction. As a result, she is often called on to consult with veterinary practices on client relations and compassion fatigue.  She has also consulted with corporations such as Zoetis and Purina on how to help pet lovers provide the best care for animals.

Dr. Susan earned her doctorate in social welfare from Columbia University School of Social Work, where she researched the role of pets in urban families.  She has taught social work at Columbia University and Long Island University. She also teaches online graduate courses and seminars for veterinarians and animal protection professionals, lectures, and gives media interviews.

In addition, she is Chairperson of SWAHAB (Social Workers Advancing the Human-Animal Bond), the first such committee of the National Association of Social Workers.  In 2011 she received the Louis T. Benezet Award for Career Achievement.

A social worker since 1977, Dr. Susan served as Director of Counseling at The Animal Medical Center (AMC) from 1982-2011 and counseled well over 25,000 people.  She has helped pet lovers cope with the illness of their pets, make difficult decisions, such as how far to treat and when to stop, and process their grief when their pets die.  In 1983 she developed the first professionally led Pet Loss Support Group and began an animal assisted activity program that took the then-unusual form of having volunteers work with their own pets.

Dr. Susan has originated many training programs for workers in the veterinary and social service fields, and she has been a field instructor for several schools of social work. This has led to the establishment of similar programs throughout the country.

Dr. Susan’s work has been featured in The New York Times, The Wall Street Journal, the New Yorker, and Smithsonian Magazine.  In addition, she has made numerous television and radio addresses, including “The Today Show,” “20-20,” and “The Oprah Winfrey Show.”  Her most recent academic articles are “Compassion Fatigue and the Veterinary Health Team”, “How to Teach Pet Loss to Veterinary Students”, and a book chapter, “Loss of a Therapy Animal”, published in 2015.

2 thoughts on “About Dr. Susan”